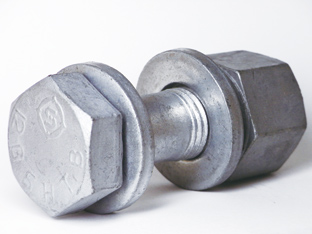 The firm launched the high strength product in 2006. The product has 1,200 Newton per square millimeters of strength despite of the same material as SHTB with 1,400 Newton of strength. 12G SHTB has around 1.5 times of proof strength at the joint compared with traditional galvanized bolt. The higher strength allows lower volume of splice plate and bolt. The firm got certification for the galvanized bolt from minister of Land, Infrastructure, Transport and Tourism. The applications get wider to large building, station, plants and bridge. SHTB grade bolt, which the firm developed through joint work with Nippon Steel, recorded total 20,600 tonnes of sales in 12 years since the sales start in 1999.